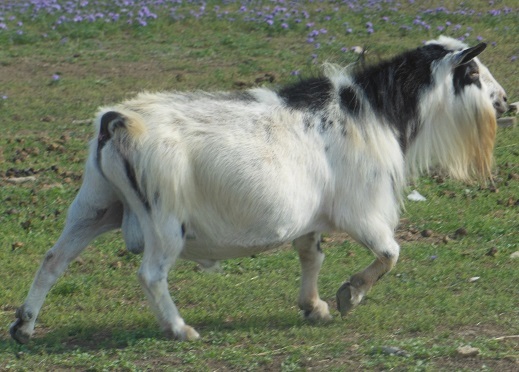 Sorcerers Stone is heavily line bred on Flat Rocks Gem +S and Gem's dam Surprise.  He is a beautiful buck who hasn't gotten his turn yet but that will be changing rapidly.  He is our pick for Senior herdsire next year.  His twin brother, CH Flat Rocks Tuan, has done well in the Dragonfly herd.
Extended Pedigree
For Some odd Reason the +S will not show up on the pedigree generator
So, Anything that just reads "S" after a buck is indeed a "+S"